When it comes to physical activity, any exercise is valid. But when it comes to fights, many people have a question: after all, what is the difference between Boxing, Muay Thai and MMA? Anyone who hasn’t decided which one they want to practice may be confused by their similarities. So that this does not happen, we have prepared a list showing the main advantages and differences between each one of them:

Boxing uses only fists in combat And even if only the hands are used in the attack, that doesn’t mean that those who practice it have only strong arms. When moving quickly, the muscles of the thighs, glutes and calves are also worked out, making the body exercise as a whole.

Muay thai uses more parts of the body, but fights are always standing up In this case it is not just the fists that are used, as elbows, kicks and knees are absolutely allowed. But it is noteworthy that the athlete never goes to the ground. As with other sports, especially fights, its practice helps to de-stress and also ensures greater explosion speed, in addition to improving the physical conditioning of those who practice it. Not to mention that it also contributes to mental development.

MMA is a mix of different martial arts
Finally, we have MMA, which became popular thanks to the relatively recent success of the UFC, the Ultimate Fighting Championship, which is the organization responsible for competitions in this fight worldwide. By the way, many people think that MMA and Muay Thai are the same thing, but this is a common mistake. The name itself gives its main characteristic, since MMA means Mixed Martial Arts. This means that it has characteristics not only of muay thai, but also of jiu-jitsu, karate, judo, wrestling (or professional wrestling) and boxing. 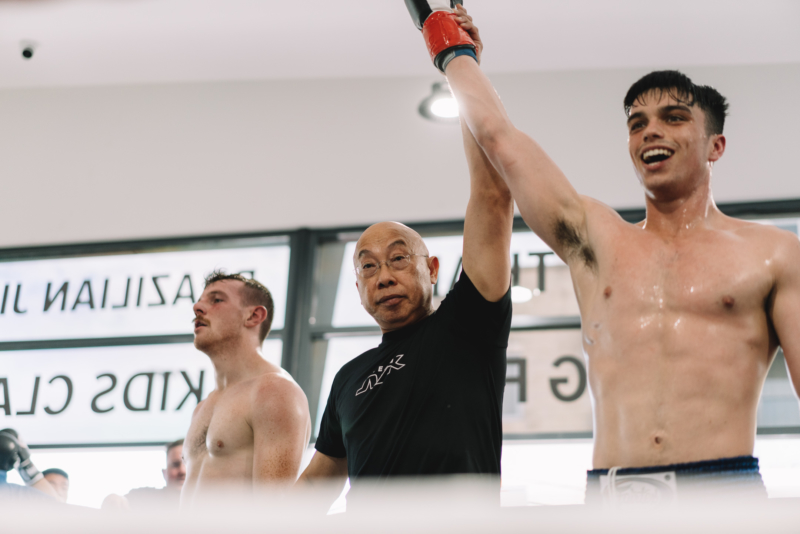